The survey was completed in the ridings of Etobicoke North, Nipissing—Timiskaming, in Charleswood—St. The survey instrument asked respondents in each of the four ridings “how likely are you to vote for , the People’s Party of Canada candidate in your riding in the next federal election? ” and four demographic questions, namely their gender, age group, highest level of education, and whether or not they consider themselves to be a visible minority, Indigenous or both. Additionally, cell phone respondents and respondents with ambiguous postal codes were asked if they planned on voting in the riding in question. Each survey instrument included a sample of randomly selected respondents from each of the four ridings. The average time it took respondents to complete the questionnaire was 2.0 minutes. Four bilingual surveys were conducted in the electoral districts of Etobicoke North, Ontario; Nipissing—Timiskaming, Ontario; Charleswood—St. Each survey asked respondents their likelihood of voting for the People’s Party of Canada candidate in their electoral district. Respondents were not asked their specific partisan vote intention, as the Commission believed it was important to minimize the degree to which the potential polling could be perceived as influencing an electoral outcome.

Data tables were created for each survey to isolate results for major subgroups to be used in the analysis (e.g., results for each age segment, gender, education segment, and minority status). All public opinion research undertaken on behalf of the Commission conformed to the definition of non-partisan communications in the Policy on Communications and Federal Identity, the Public Opinion Research Contracting Regulations, as well as all other relevant laws and policies.

In Etobicoke North, 25 per cent of the sample indicated that they were a visible minority compared to 76 per cent of the general population. In Pickering—Uxbridge, 15 per cent of the sample were visible minorities compared to 36 per cent of population. Meanwhile, in Nipissing—Timiskaming, eight per cent of the sample indicated they were Indigenous compared to 14 per cent of the population. Both visible minorities and Indigenous were under-represented in Charleswood—Assiniboia—Headingley, with seven per cent and four per cent respectively, compared to 10 per cent and 11 per cent of the riding’s population. Part of the non-response bias can be blamed on lower than desired cell phone coverage in the sample, as cell phone only households tend to be younger than the population as a whole. However, cell phone sample cannot be geo-coded at the electoral district level , making cell phone sample limited for this exercise. Compared to the other three ridings, Etobicoke North had a much lower number of completed cases. This owes to the fact that the riding is home to a much younger, more diverse and more high school educated population than the other ridings. These are all groups that tend to respond less to public opinion surveys , and contributed to the lower response rate in this riding . Once the survey data was collected, each database was reviewed for data quality. Survey results were weighted based on Statistics Canada data according to age, gender and education to ensure the sample was representative of the general public aged 18 years and older in each electoral district. The response rate is calculated by dividing the in-scope responding by the total sample – see table below. 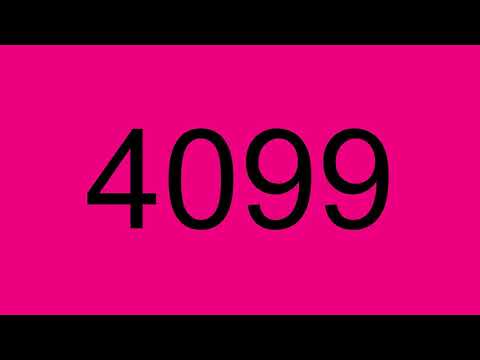 Surveys were conducted with 409 respondents in Etobicoke North, 502 in Nipissing—Timiskaming, 508 in Charleswood—St. The surveys were conducted with residents of those four ridings who were 18 years of age or older. Each survey instrument included a sample of randomly selected respondents from within the targeted electoral districts. A comparison of each unweighted sample with 2016 Census figures from Statistics Canada suggests that there are similar sources of systematic sample bias in each survey, following patterns typically found in most general public surveys. The sample under-represents Canadians with a high school education or less (26 per cent compared with 52 per cent in the population in Etobicoke North; 23 per cent versus 43 per cent in Nipissing—Timiskaming; 15 per cent versus 38 per cent in Pickering—Uxbridge; and 21 per cent versus 42 per cent in Charleswood—St. James—Assiniboia—Headingley). In certain ridings, visible minorities and Indigenous Canadians are also under-represented in the sample.